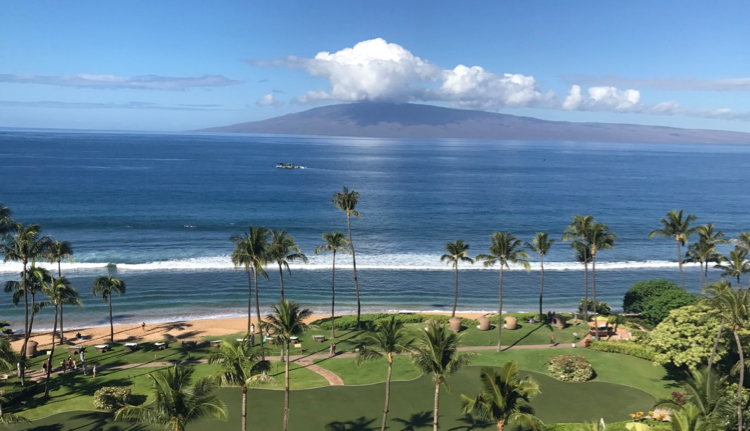 Southwest is finally booking flights to Hawaii and they are offering some dirt cheap prices to fill the planes for the next few months!  All of these flights will leave from airports in California, but if you live in a West Coast city it might be cheap enough for you to fly to one of these airports from your home city.  As of right now, they are booking flights from Oakland to Honolulu.  Here is the schedule for future flights out of California (via The Points Guy).

Check out the dirt cheap round-trip price I found from Oakland to Honolulu, It’s only $97.20 and you get 2 free checked bags!!  That is crazy!  Hopefully, you can find some time to spend in Hawaii. The cheapest flights leave and return on Tuesdays and Wednesdays. Weekend trips will be more but they are still pretty great. Head over to Southwest to check out the deals.

Here are the prices I found for a trip from Oakland (OAK) to Honolulu (HNL) flying out April 16th and returning April 23rd. I’m sure these flights will get snatched up quick. 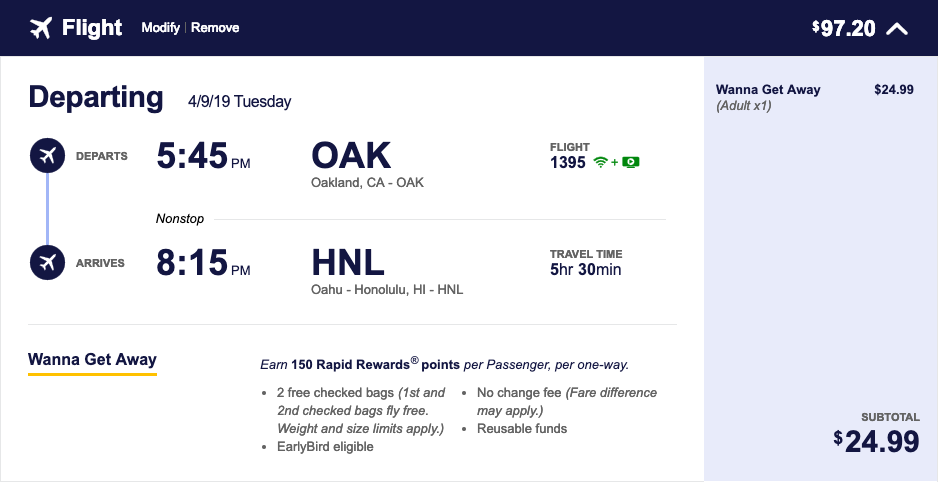 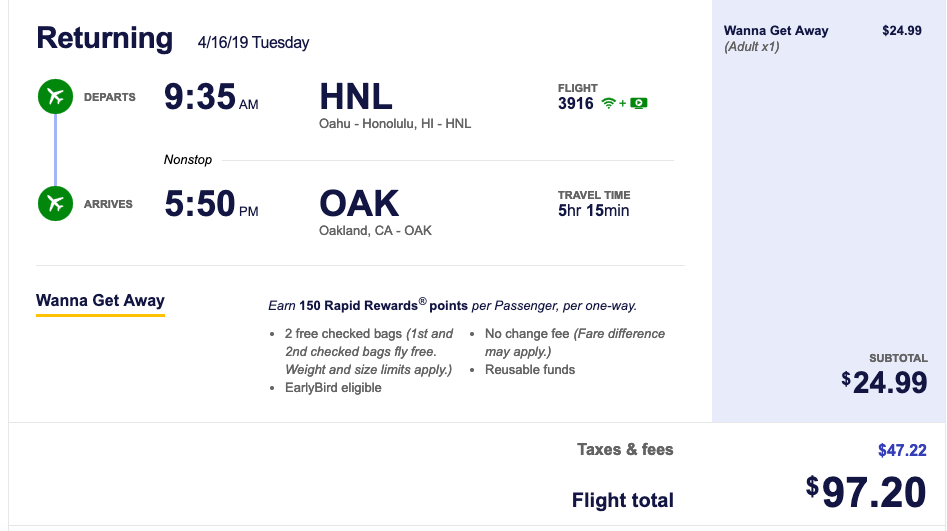 You know what is on the island of Oahu?  Disney’s Aulani resort!