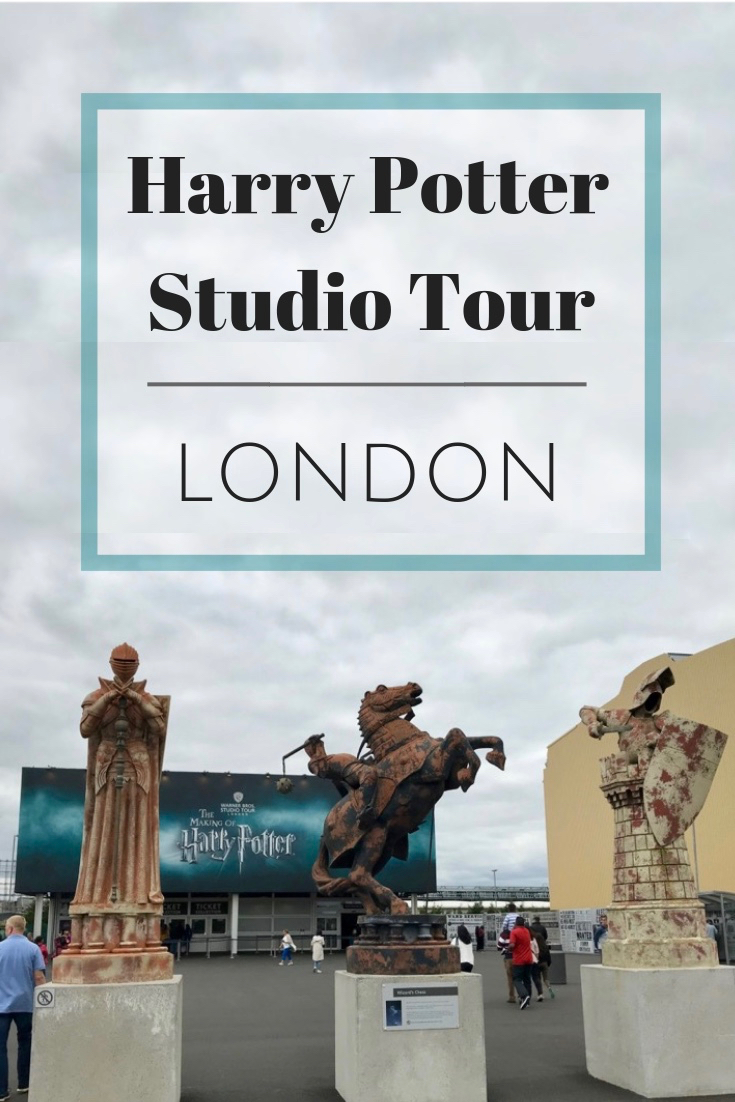 Our family took a trip to London this summer and one of the most magical things we experienced was the Harry Potter Studio Tour in London.  The Warner Bros. Studio Tour London – The Making of Harry Potter, is a permanent exhibit that offers an authentic behind the scenes glimpse of the Harry Potter films.  You’ll get to see some of the actual sets, artifacts and you can even sip some Butterbeer.  The whole tour was amazing and worth the hefty admission price. 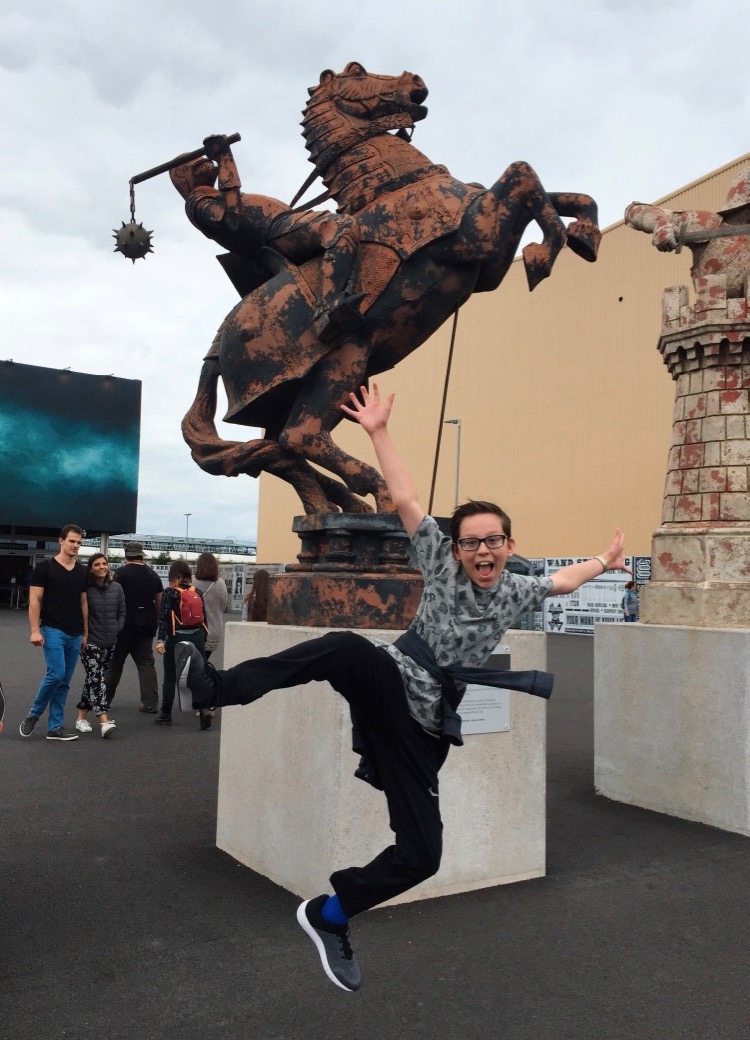 This was especially exciting for my youngest who is a huge Harry Potter fan. He has actually read the entire Harry Potter series four times. 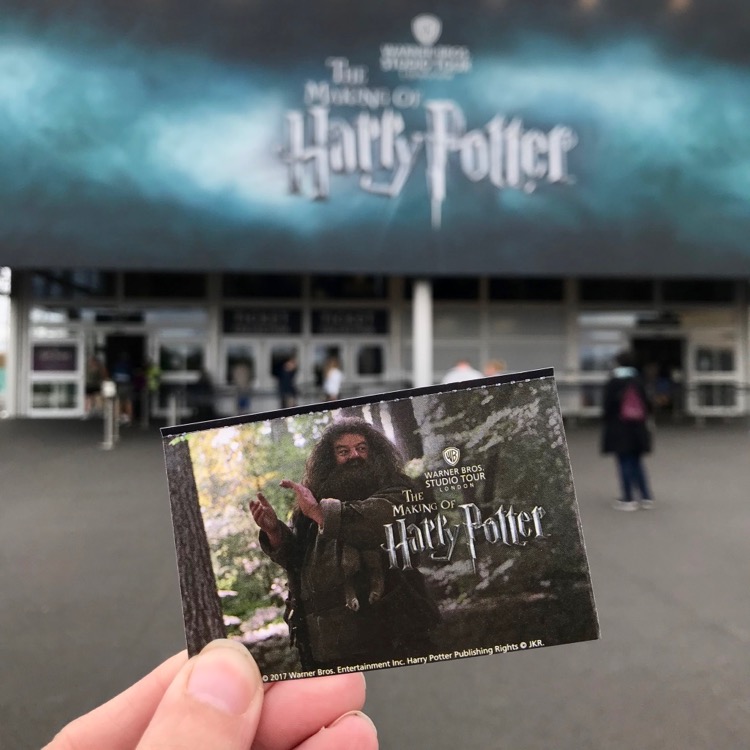 If you want to visit The Warner Bros. Studios Tour London – The Making of Harry Potter you MUST make advance reservations. The tour is so popular you won’t be able to walk up to the window the same day to purchase tickets.  You will schedule a specific start time for your tour, but the tour is self-guided so you can take as much time exploring as you would like.  You will have to leave at closing time though, you can’t actually spend the night at Hogwarts (how cool would that be?) 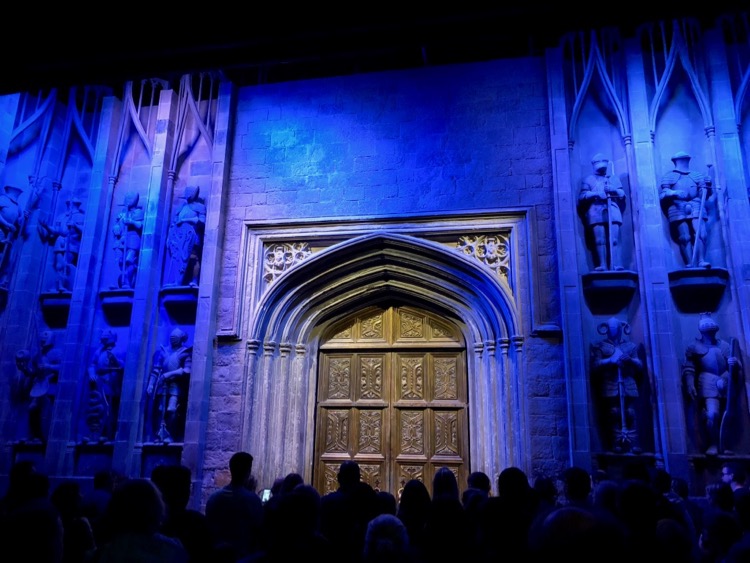 We walked into the Great Hall at the start of the tour.  Waiting for the doors to open was a little like waiting for Christmas morning. 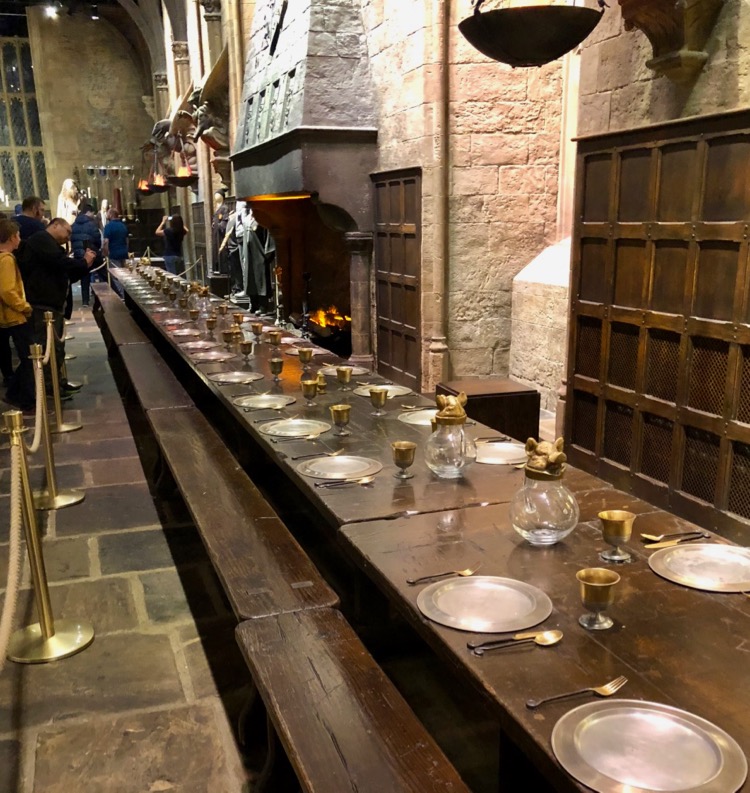 When we walked inside we got to see the dining hall all set up for a meal.  Just think, Harry, Ron, Hermione…they all ate supper here! 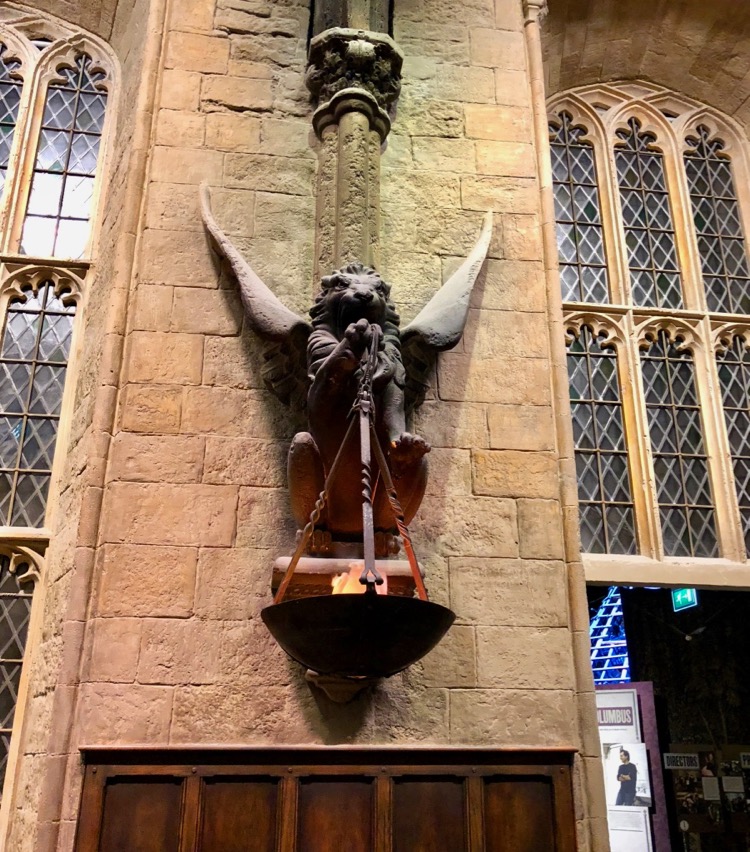 The decor was amazing, everything was so detailed. 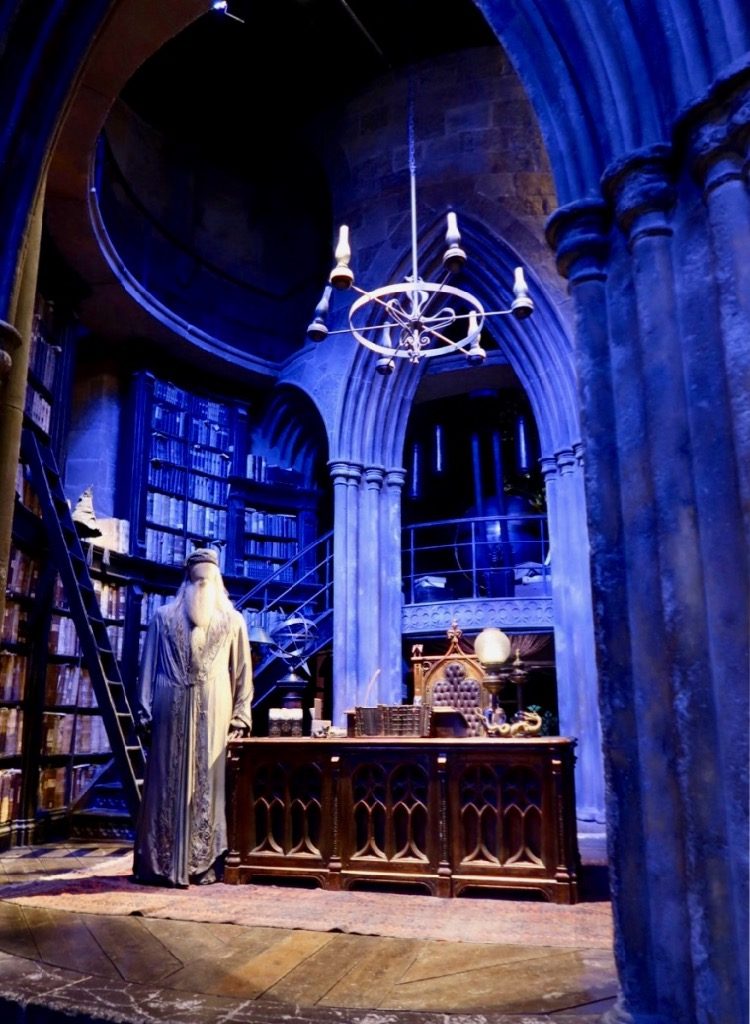 We got a peek at a few different sets, one of our favorites was Dumbledore’s office.  Again, all the details were amazing. 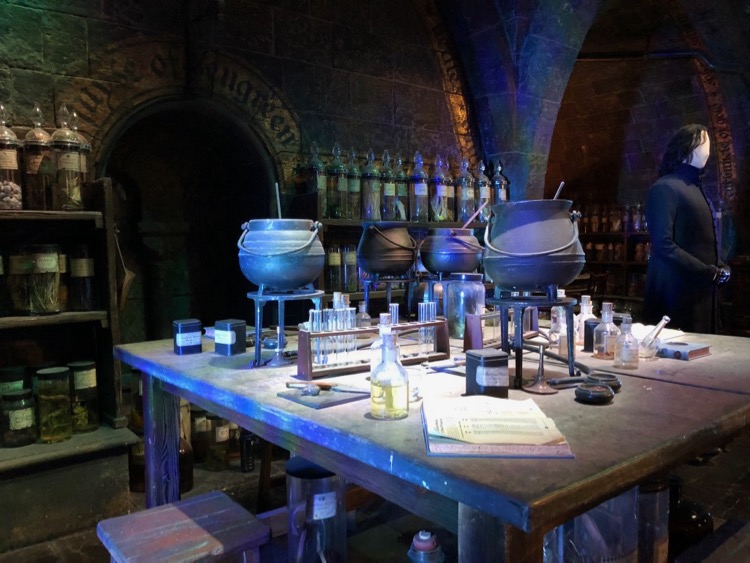 We got to check out the potions classroom too. 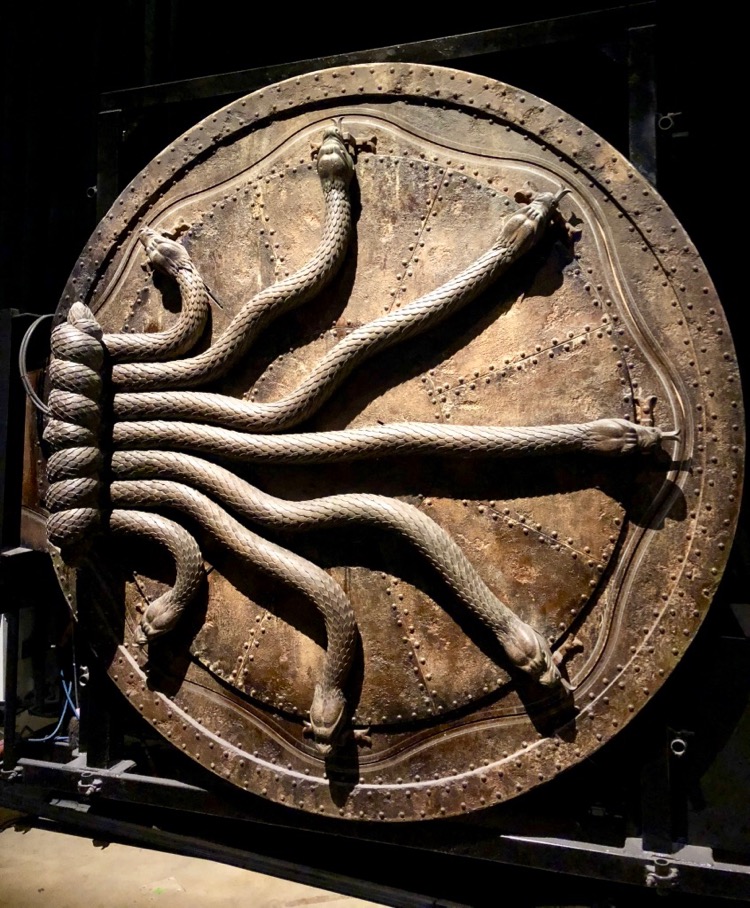 Here is the real door from the Chamber of Secrets. 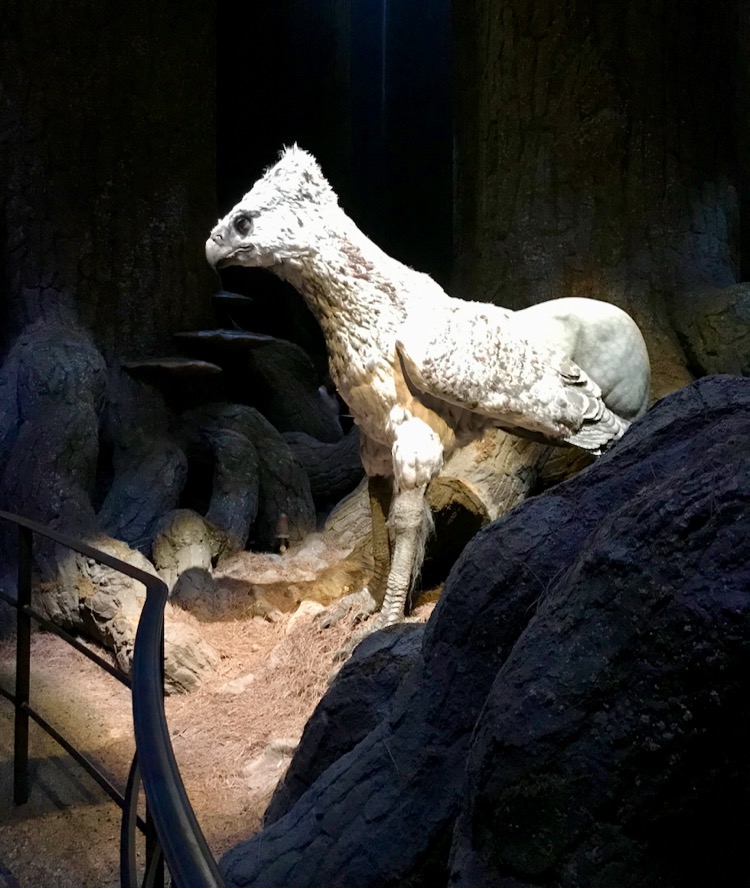 We had the opportunity to stroll through the Forbidden Forest.  We got to see cool creatures like Buckbeak and the creepy looking Aragog.  If you think this area will scare you smaller children, you can easily skip it.  They have warning signs so you don’t stumble upon a huge, scary spider. 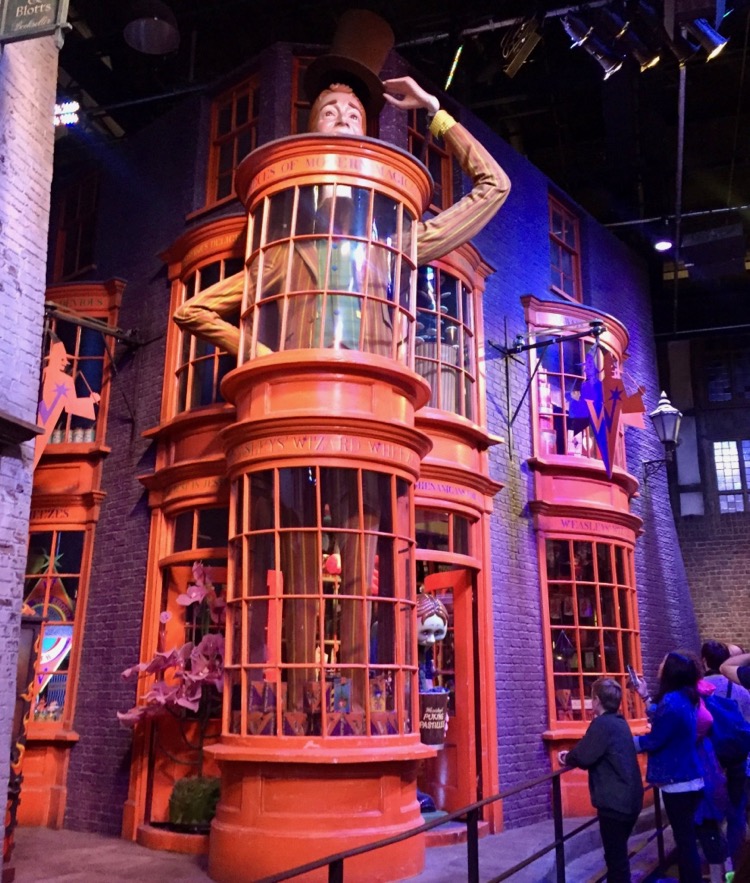 We strolled down Diagon Alley and checked out all the storefronts. 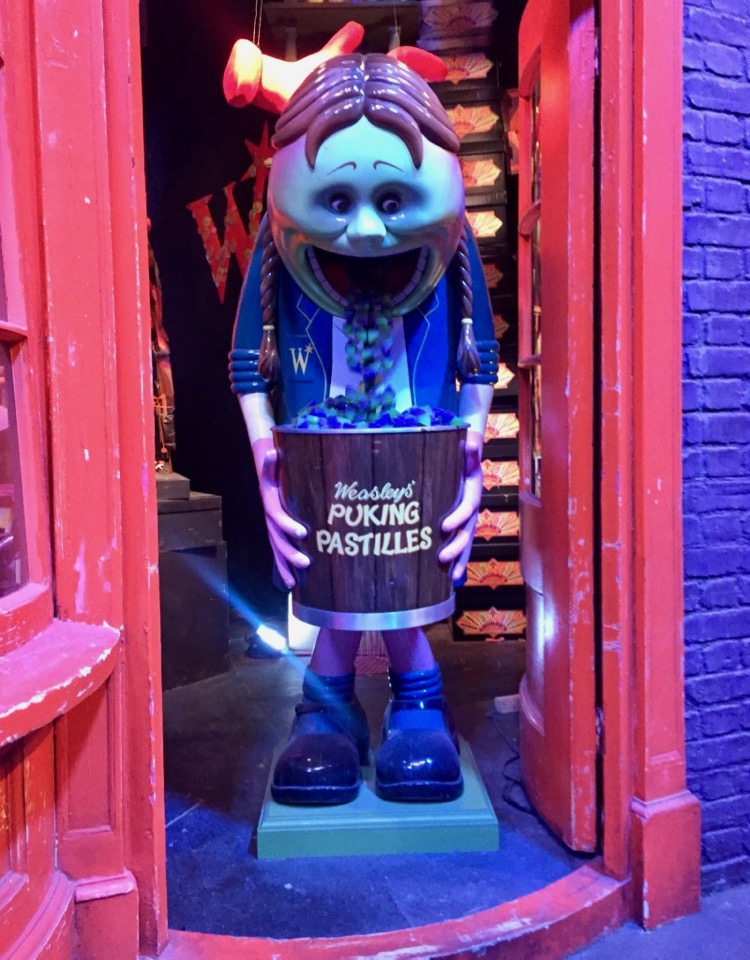 A peek into the Weasley’s Wizard Weezes joke shop. 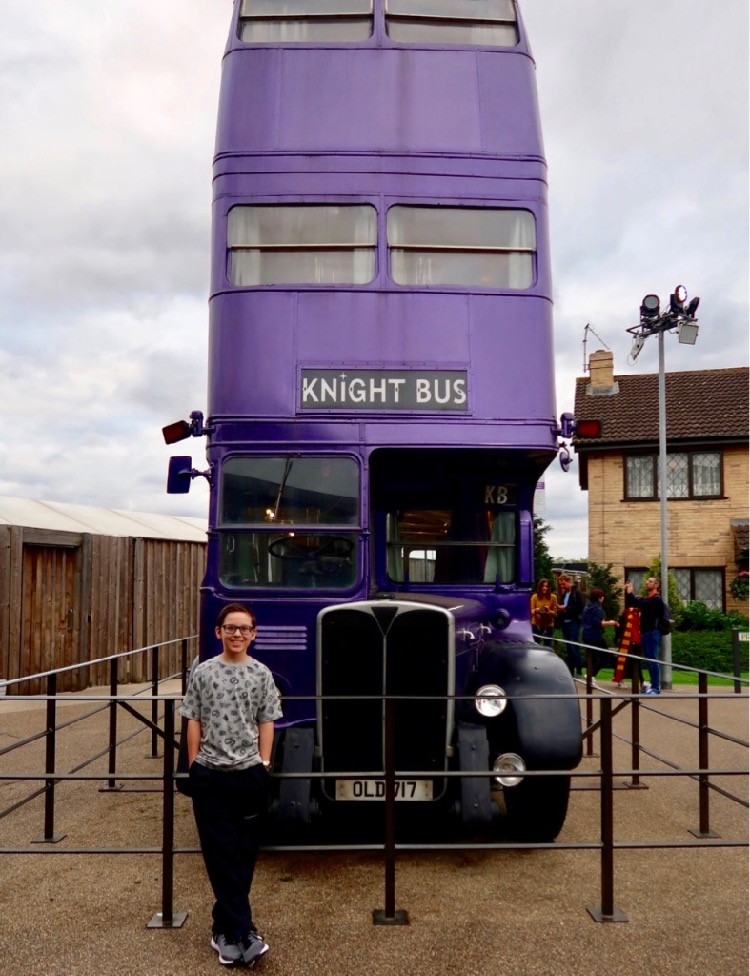 Most of the tour is inside, but there was a portion that was outdoors and this is where we got to see the Knight’s Bus.  They even let you climb on the back to snap a photo. 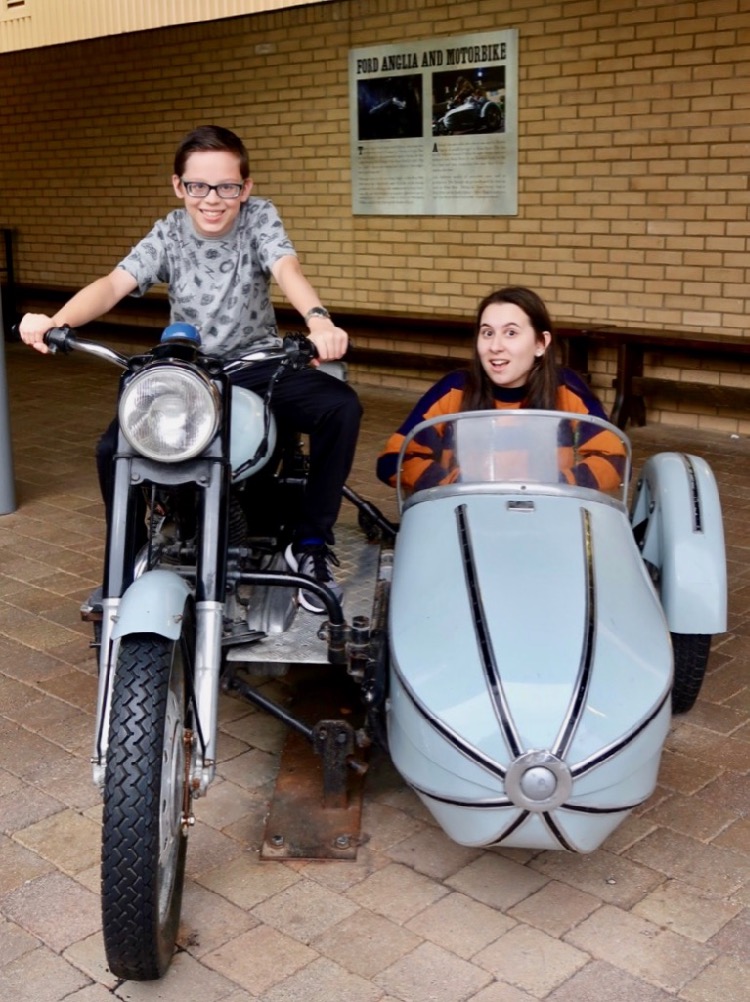 The tour has so many great photo ops!  It’s a dream for any Harry Potter fan. 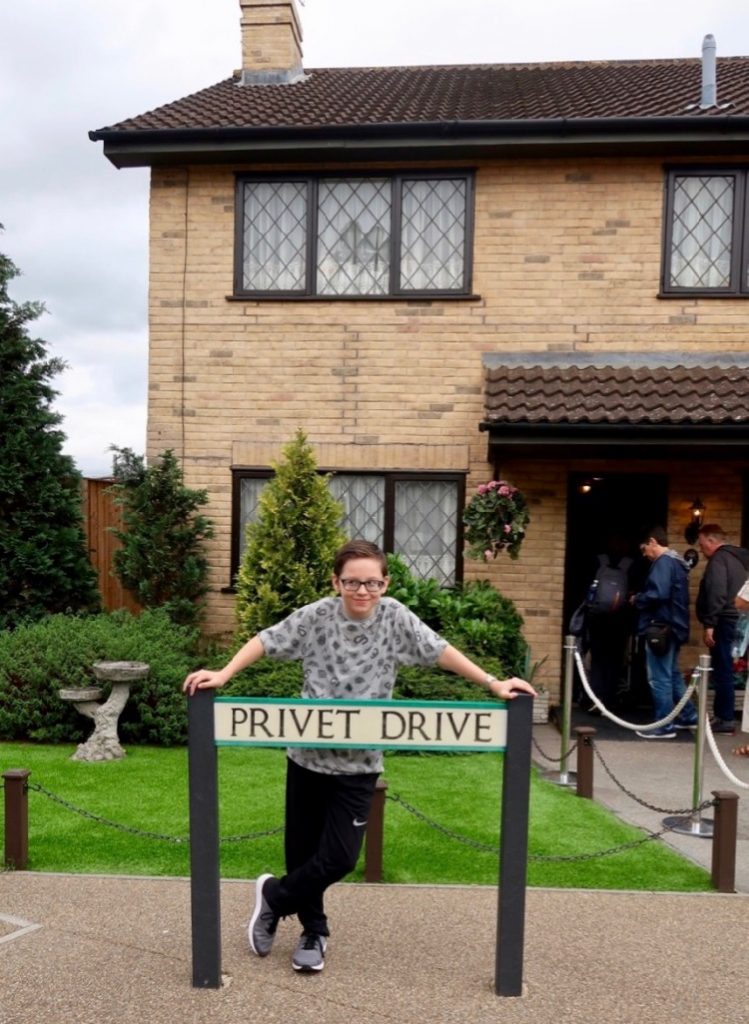 it was really cool being able to go inside the house at 4 Privet Drive. 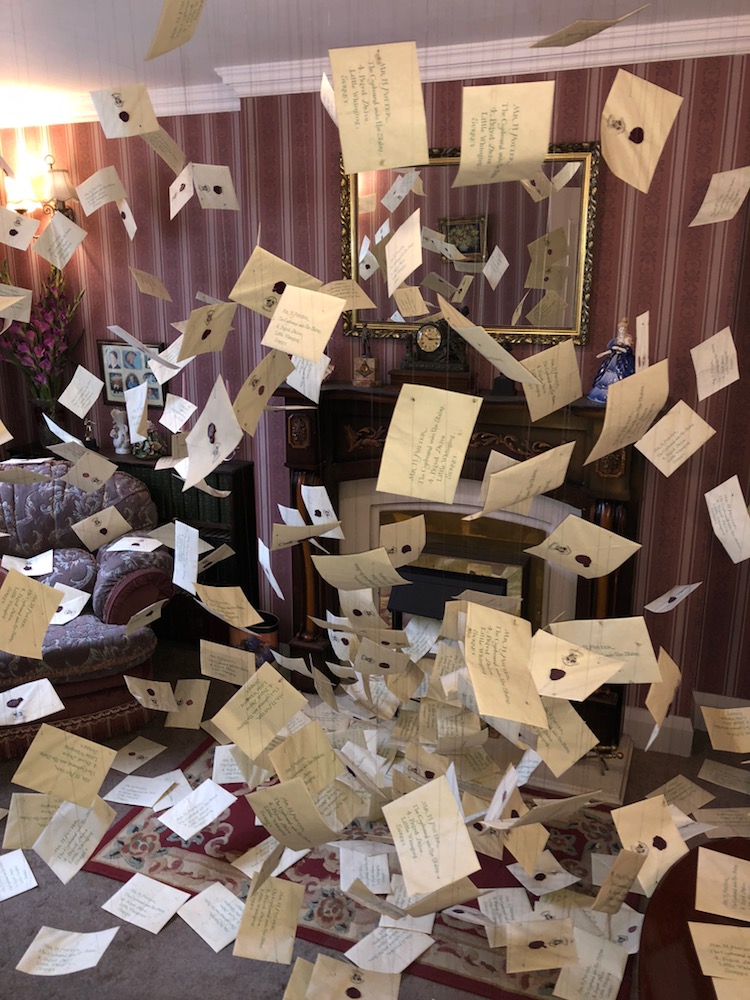 Does this look familiar?  I thought this was one of the coolest things.  It was such an amazing set up how all the letters were strung in the room.  I can’t imagine how long it must have taken to put this room together. 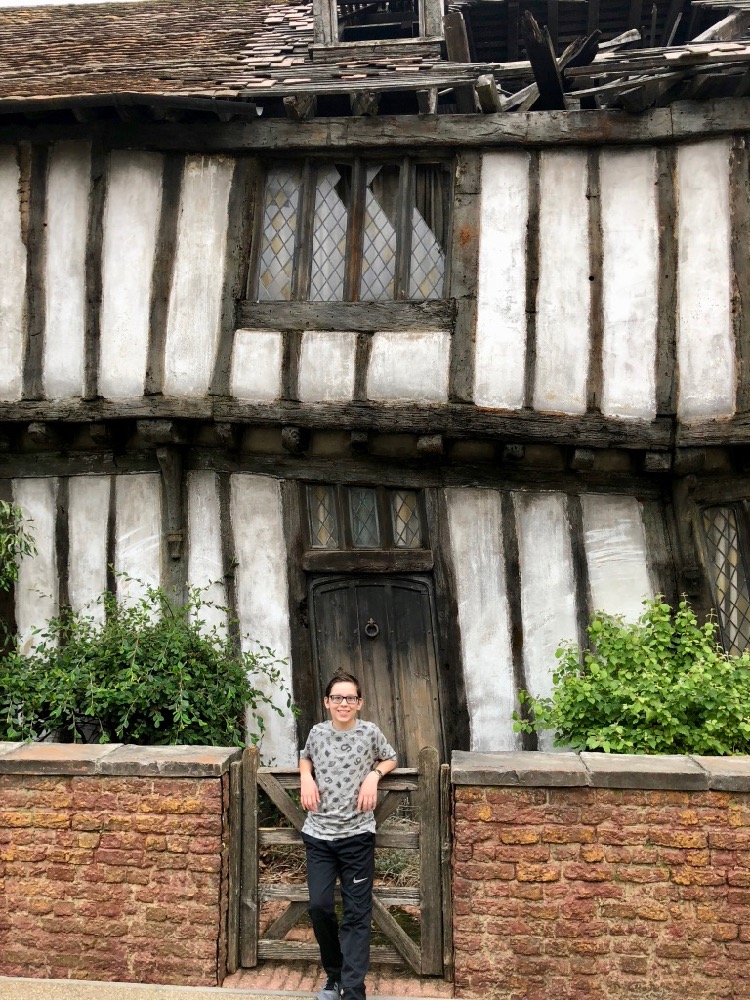 They also had the Potter’s house at Godric’s Hollow. 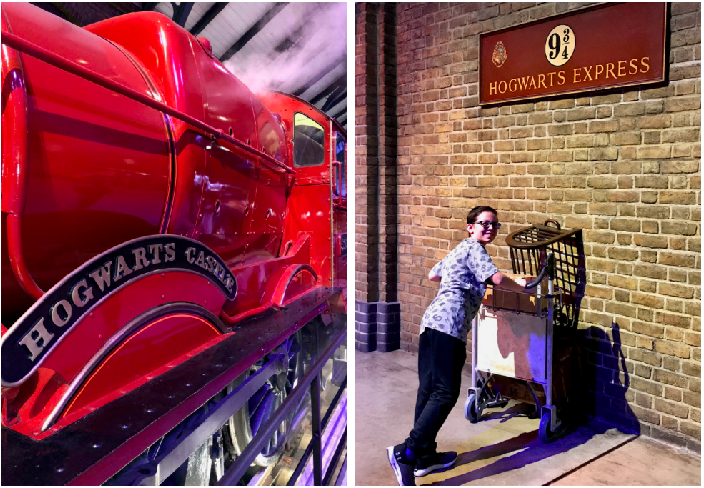 Of course we also got to see the Hogwart’s Express where you can actually climb on board. They had another great photo op with Platform 9 and 3/4. 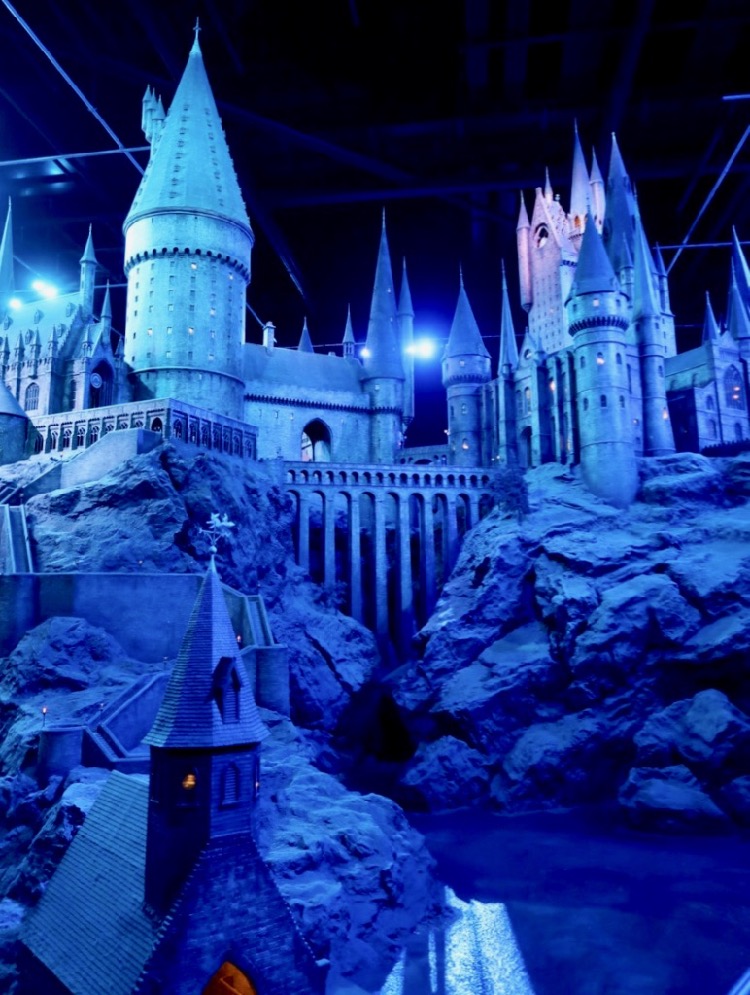 The tour ends with a huge model of Hogwarts.   The photo does not do it justice, it was breathtaking. 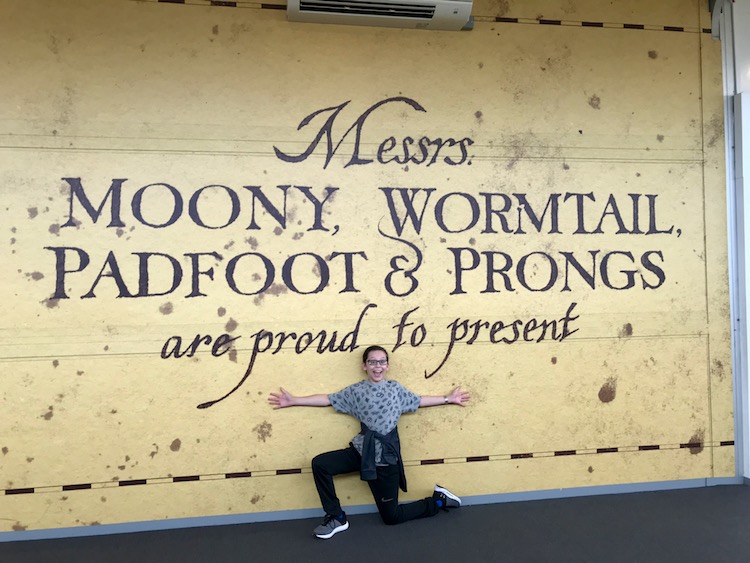 If you travel to London and you are a Harry Potter fan, I highly recommend checking out the Warner Bros. Studio Tour London – The Making of Harry Potter.  You won’t be disappointed. 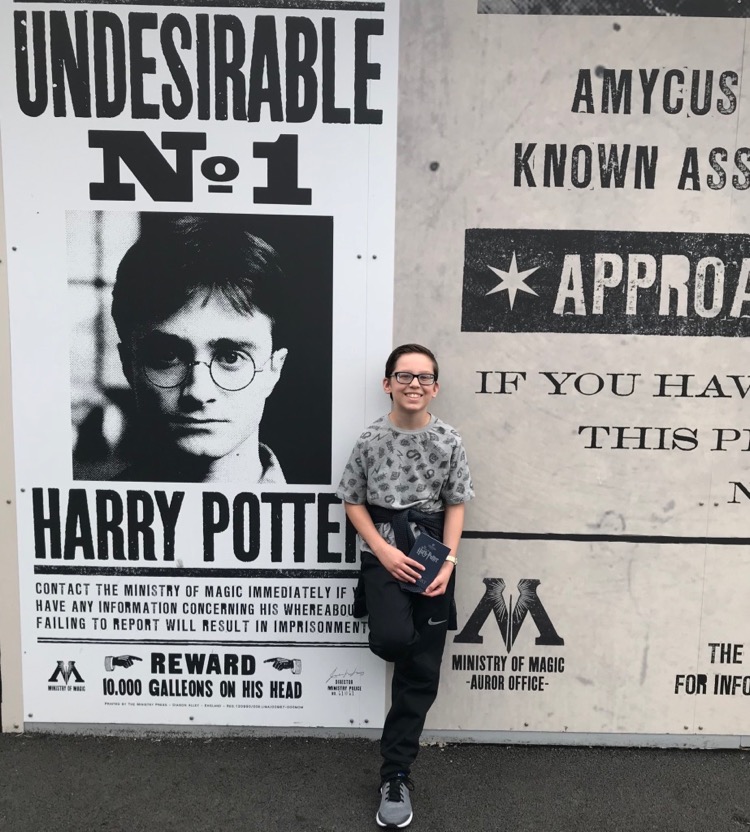 Things to remember if you visit: